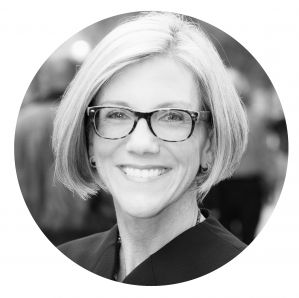 What I Love About the Constitution

What do I love about our nation’s founding document? The First Amendment has been a guidestar in my life. I didn’t realize the extent until I started thinking about what I’d say here.

I guess you could say I came by this honestly. In the late 1950's, my father was stationed at Fort Slocum, NY as an Army private studying journalism and photography at the Armed Forces Information School, now the Defense Information School at Fort Meade, MD. Following the Army, he worked in print and broadcast media before becoming a teacher.

Following in his footsteps, early on I was one of those students involved in media. But we (I, really) stretched the limits of my high school administration’s patience. We “questioned authority” as our generation was urged to do, but we knew what we did was protected especially when we respected “time, place and manner.” 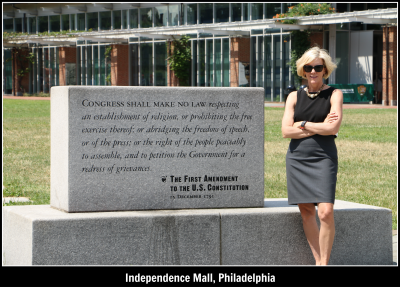 As an undergrad in media studies and as president of one of the largest student organizations at a “Big 10” university, I knew we had strong First Amendment rights to gather, protest, and otherwise express ourselves. You could say we pushed the envelope more than a few times … and that it was always a learning experience. Thankfully, no bail was ever required.

While on the faculty at a large state university for six years, I taught media courses and started the student television station. Imagine eager, young news and sportscasters on the air live, with all the successes- and missteps! No FCC fines, but there were instances where now, time + tragedy = comedy. More than a few students have become well-known reporters and on-air talent for networks and in major markets.

With my faculty colleagues, I advised student groups of varying political, social and belief systems. There were “teachable moments” for all of us as I became well-acquainted with the university’s support of, and challenges with, the First Amendment. We crossed paths but rarely swords over student gatherings, media and religious freedoms. It was not without a few bumps but I’m glad to say our rights and those of others were respected and protected.

Now I produce television programs covering consumer, business and Constitutional law topics for The American Law Journal- some of the topics controversial. I am keenly attuned to and appreciative of freedom of the press and so grateful to the Founders for their wise forethought.

Every day, this founding document and the rule of law affects my life- yours, too. What do you love about the Constitution?

Valerie writes the occasional blog and spotlight post looking at legal issues through the lens of her experience and viewpoint. She encourages comments; feel free to send them to her valerie@lawjournaltv.com. Valerie also posts most of the items in "Behind the Scenes" and "The Lighter Side."

Tick Tock ... or Not. Supreme Court tells NC they don't have to redraw maps. But PA ...

Cake and Civil Rights at the Supreme Court

The Equifax Data Breach & You

There's a woman's name on Declaration of Independence. Baltimore publisher, bookstore owner and postmaster: fiery rebel or 'founding mother?' Both.

The 'Slants' Band Wins at the Supreme Court

Valerie watched the SCOTUS blog live feed for weeks in June, 2017 for this opinion to come down. Not only was she very involved in the production of the ALJ program, but she has a personal connection she didn't realize until a week before the taping: the husband of one of her good friends from high school in Indiana argued the case. John Connell also appeared on the ALJ program, taped the week after the argument.

Although the byline on this post is Christopher's, Valerie wrote the response to the LGBT Bar. Despite responding, we have not heard back from them. We have heard from our guests on the transgender program who did not agree with the criticisms. But it's good to express viewpoints, and have an opportunity to respond to questions about the journalistic objectives we strive for.

Sometimes we think the producers of Oliver's Last Week Tonight program and our team are simpatico in the topics we address. Both programs also have the long-form opportunity to delve into issues, though Oliver is more of a one-person show reportage while we bring in a variety of guests. Our feature reports are comparable ... but those on Last Week Tonight tend to have more "snark."

How to Find and Hire a Lawyer (predates our Find-Lawyer.com page, visit there!)

Flux Capacitor? A geeky entry about a cool piece of retired broadcast technology, the Klystron. It was first invented in the 1930's and remained a significant source of signal boost until not that long ago.