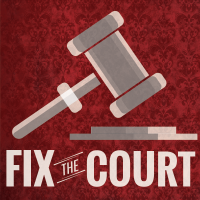 Gabe Roth, Executive Director of Fix the Court, provided the letter Counselor to the Chief Justice Jeffrey Minear sent to four members of Congress rejecting their live audio request for Gill v. Whitford. (click here for transcript of today's argument) The letter acknowledged, for the first time in memory, an institutional goal of "increasing transparency" and implied a split among the justices over opening up the courtroom to enhanced broadcast access.

"That Minear touts Chief Justice Roberts' accomplishments on transparency and then pivots to 'justices' concerns' over live audio is telling, as it implies the court is divided between those who support expanding broadcast access and those who do not," says Roth. "Nevertheless, one or a few justices should not have the power to veto the types of reforms that - to quote Minear - would 'increase public transparency' and 'enhance the public's understanding of [the court's] operations.'"

"The evidence on live access to appellate arguments - in the Fourth and Ninth Circuits, in numerous state supreme courts and in courts of last resort the world over - has shown it has not "adversely affect[ed] the character and quality" of what occurs in the courtroom.

In fact, judges and attorneys with broadcast experience surveyed for a 2016 GAO study on the topic (p. 28) "cited several benefits of such coverage, including greater public access to the courts and educating the public on the judicial system."

A link to the Sept. 29 letter sent by Reps. Gerry Connolly, Jerrold Nadler, Ted Poe and Mike Quigley is here.

For more on the efforts of Fix the Court to end the ban on broadcast media and allow public demonstrations on the plaza outside the court, read their Media and Public Access page. 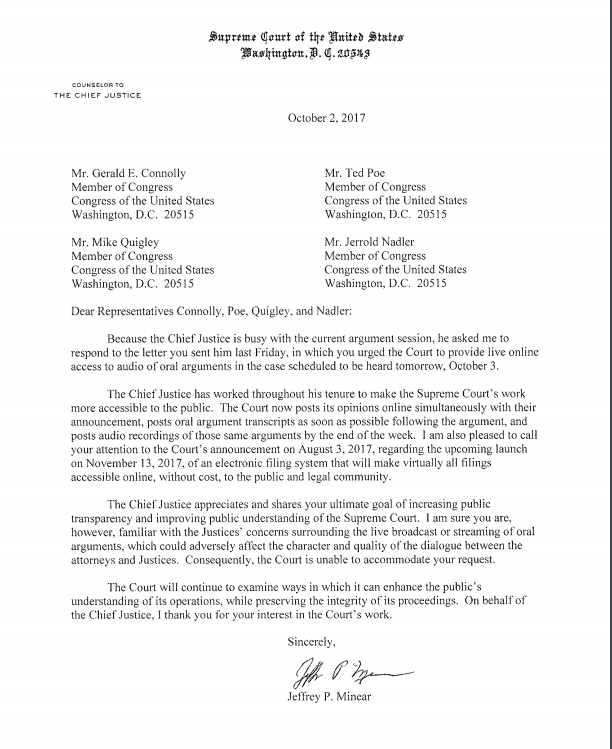