Welcome to our "Behind the Scenes" gallery

View info and photos about our program, the people who produce and engineer it, our guests, and the day to day operations of Law Journal Television.

For the latest, view our social media: 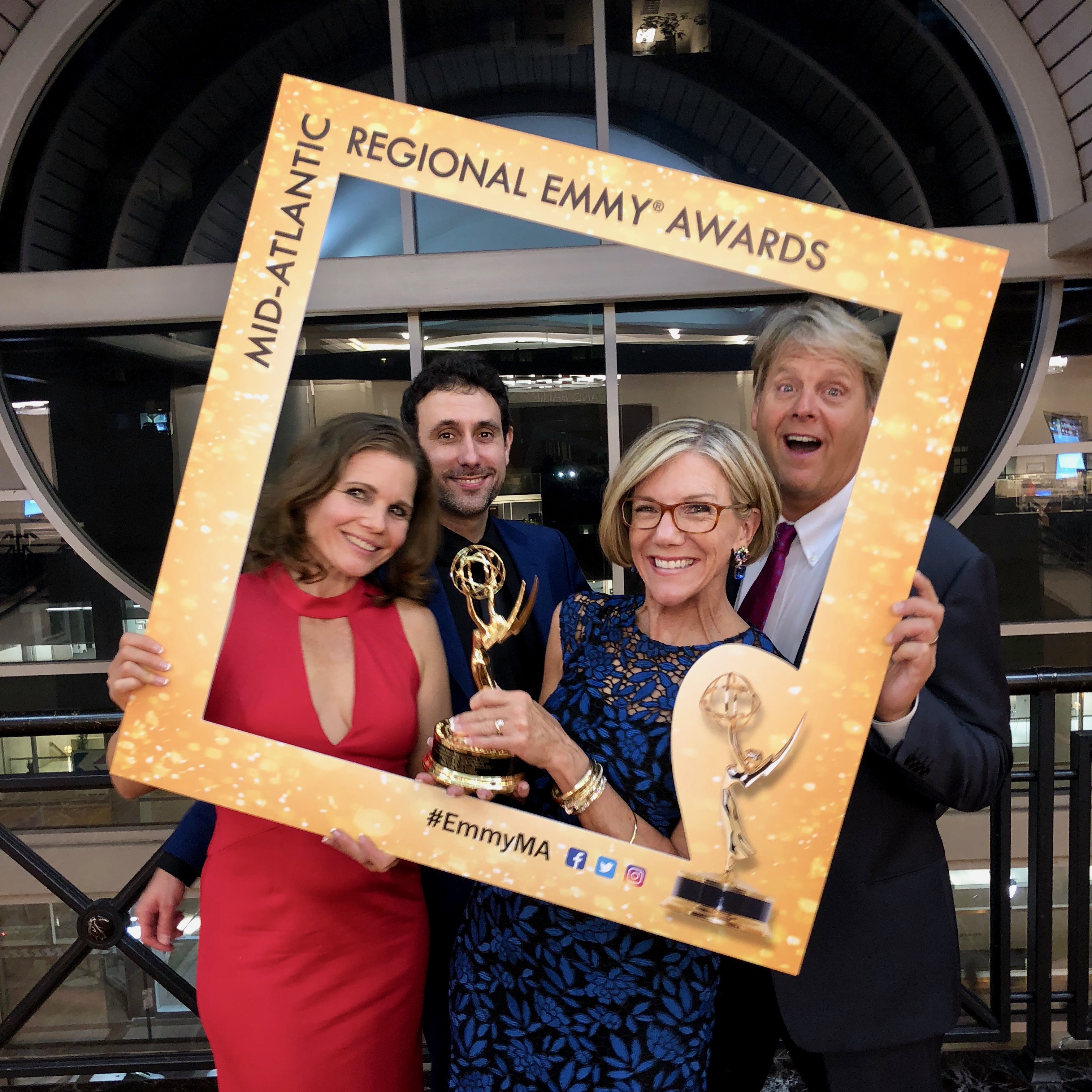 It's more fun when you win! ALJ team having fun and enjoying the night at the 2018 Emmy Awards Gala in Philadelphia, PA. October 13, 2018 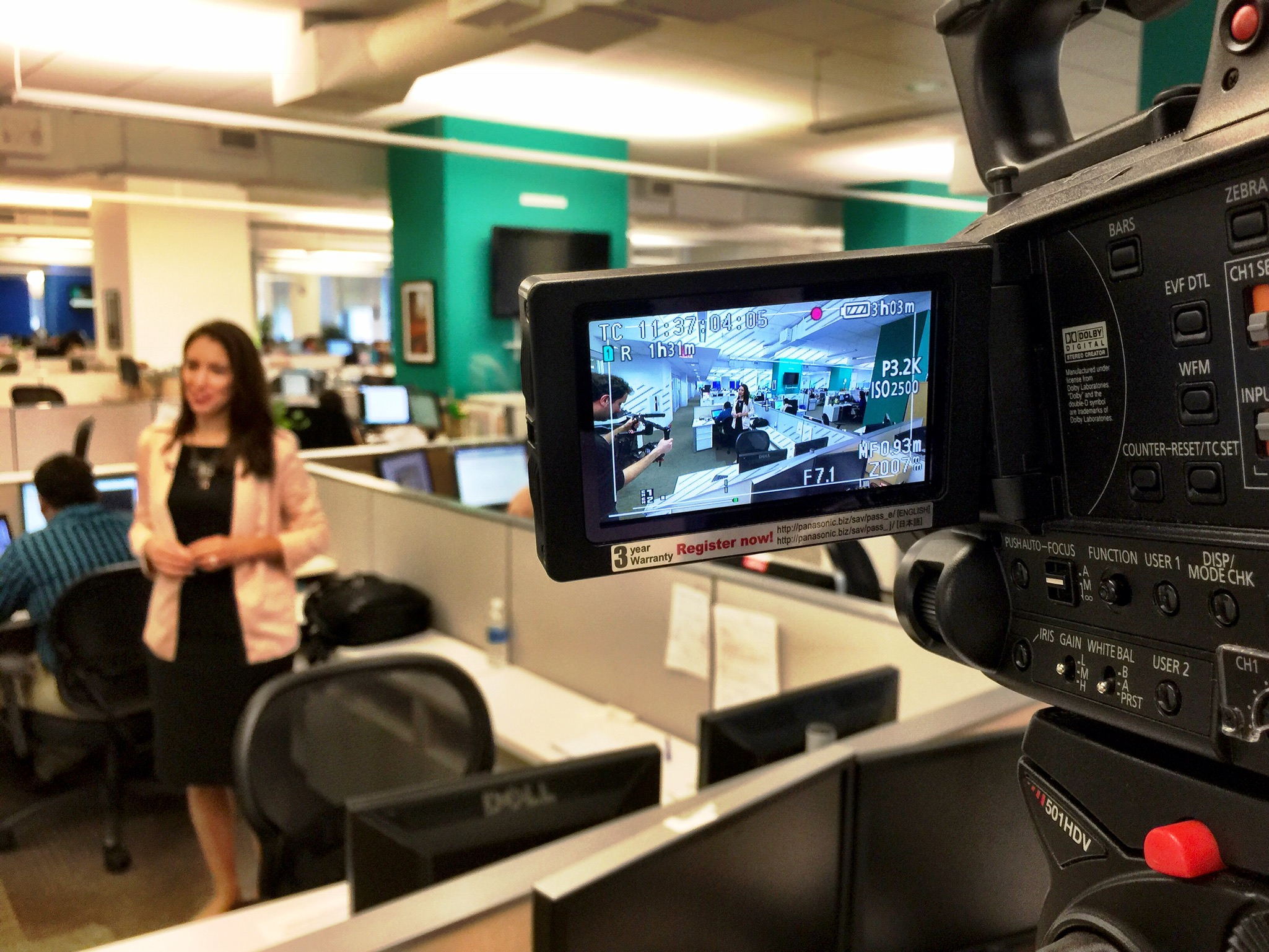 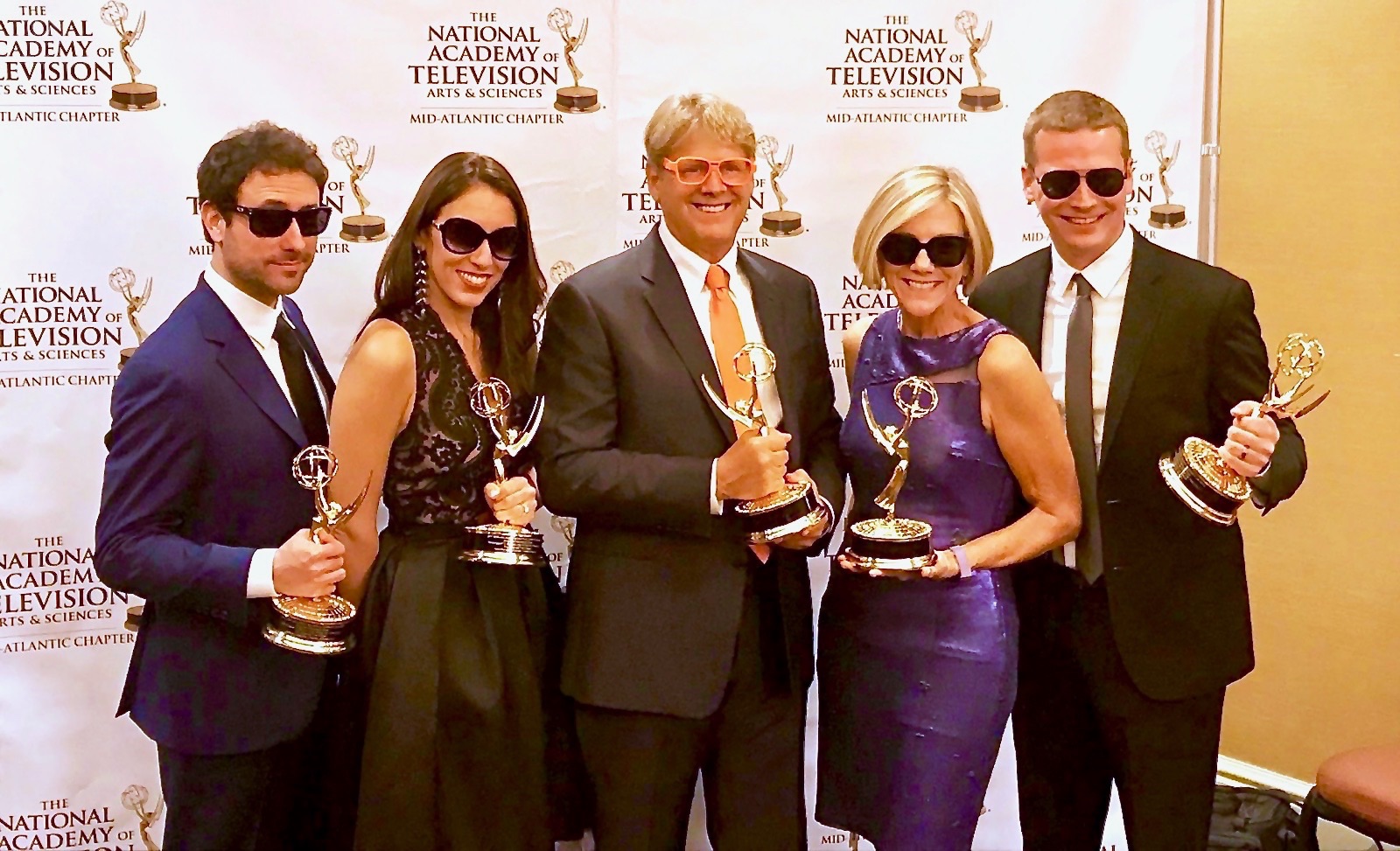 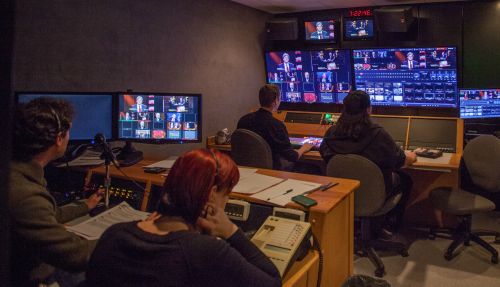 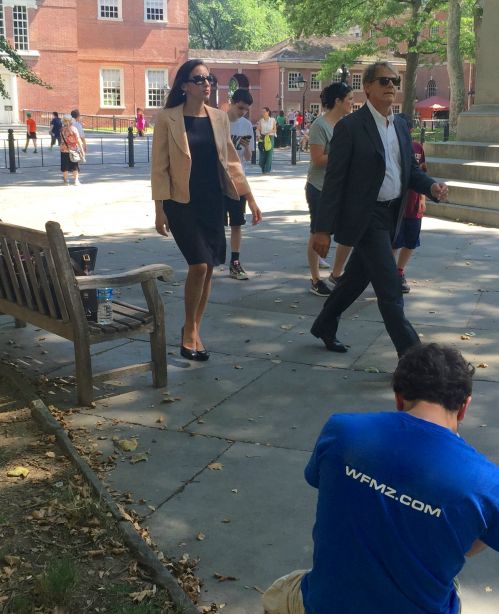 On a very sultry and steamy day, we shot our "sizzle" reel footage on location. Here are Gina and Christopher at Constitution Hall. See the final cut here. 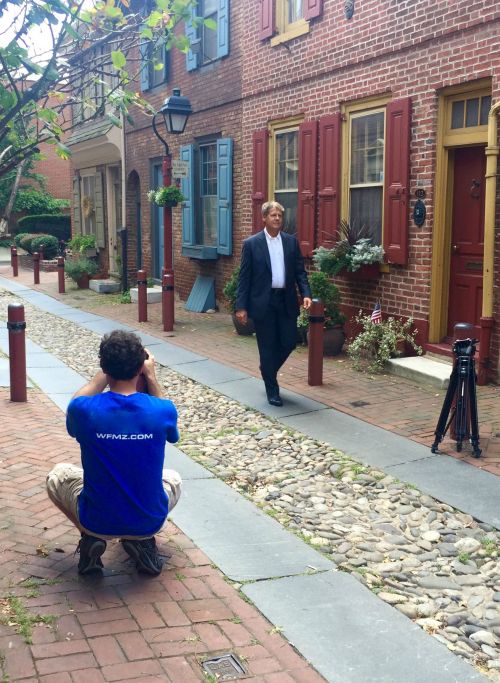 Christopher makes his 349th pass through Elfreth's Alley for the opening and closing sequences. 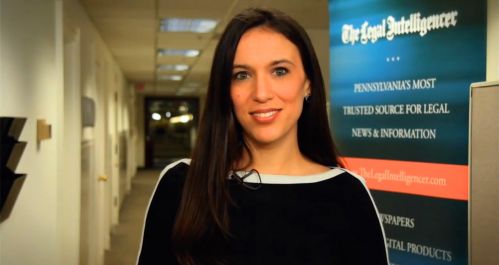 "Hey, that's Gina Passarella" says a little girl who recognizes her from the program. 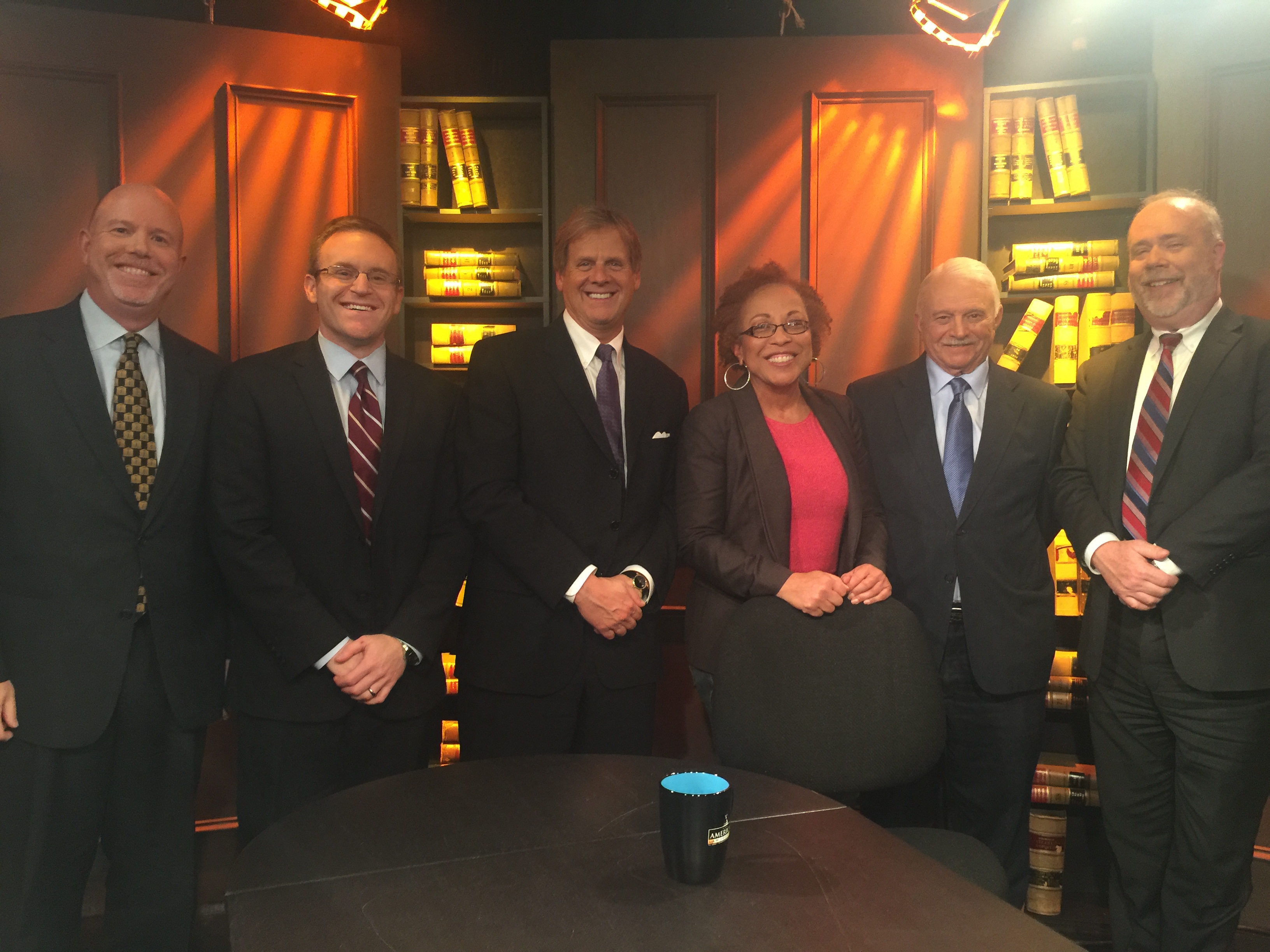 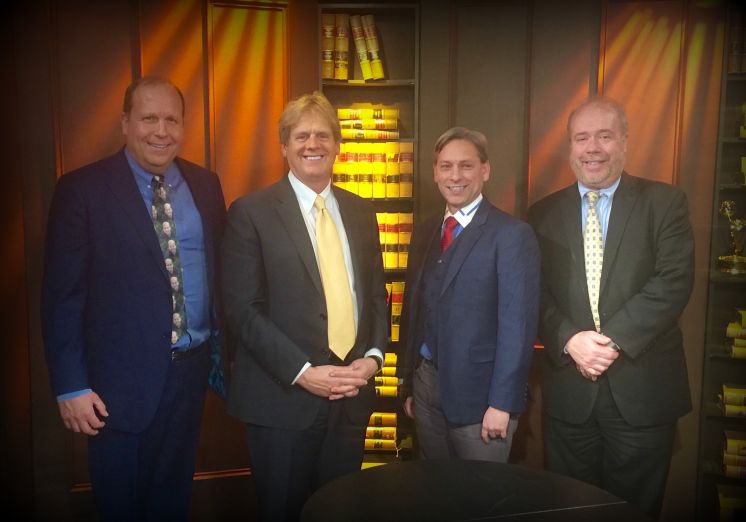 Christopher on the set for the Neil Gorsuch Nomination Program with Pennsylvania Senator Daylin Leach and attorneys Mark Meuser and George Badey. 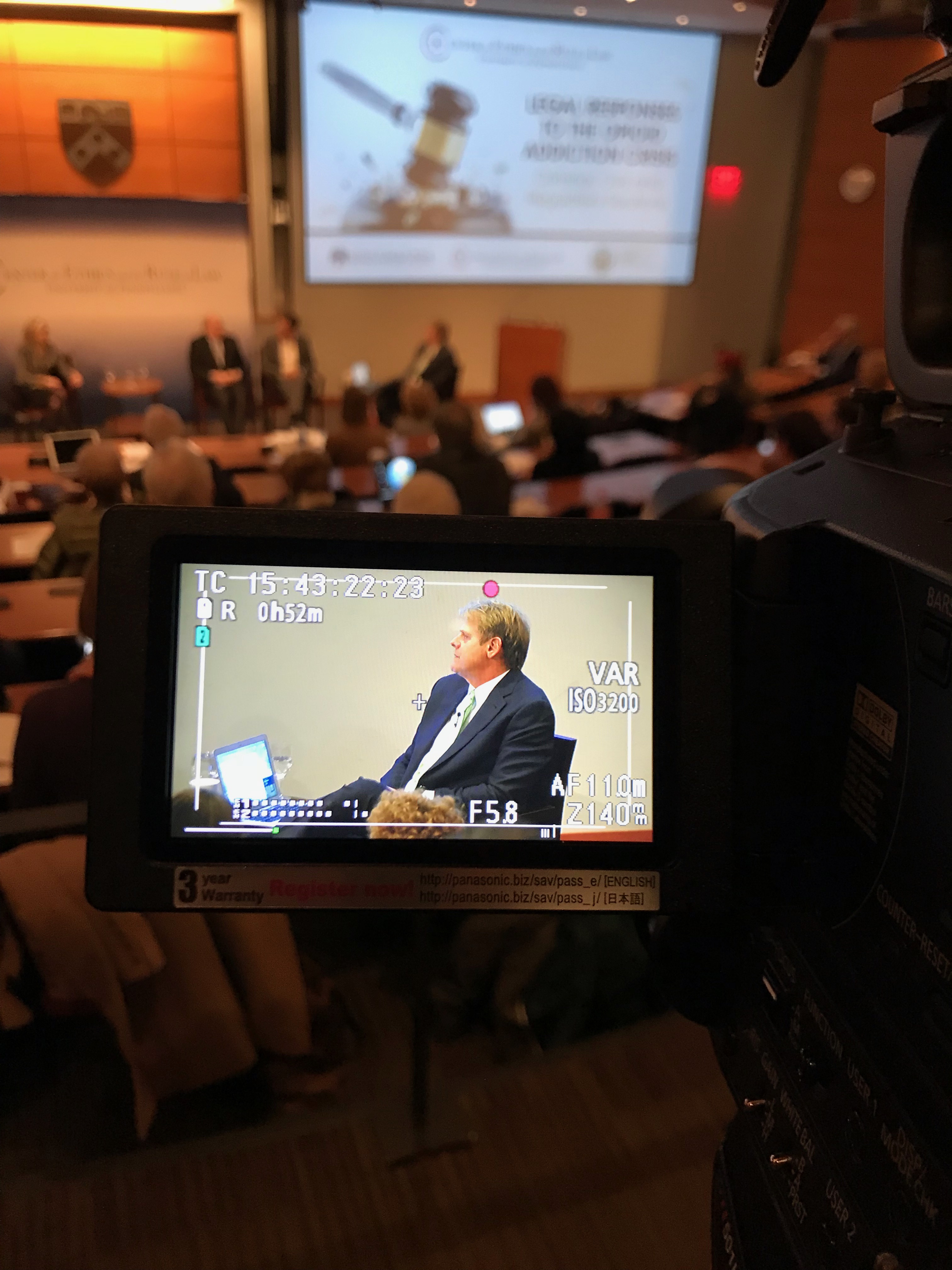 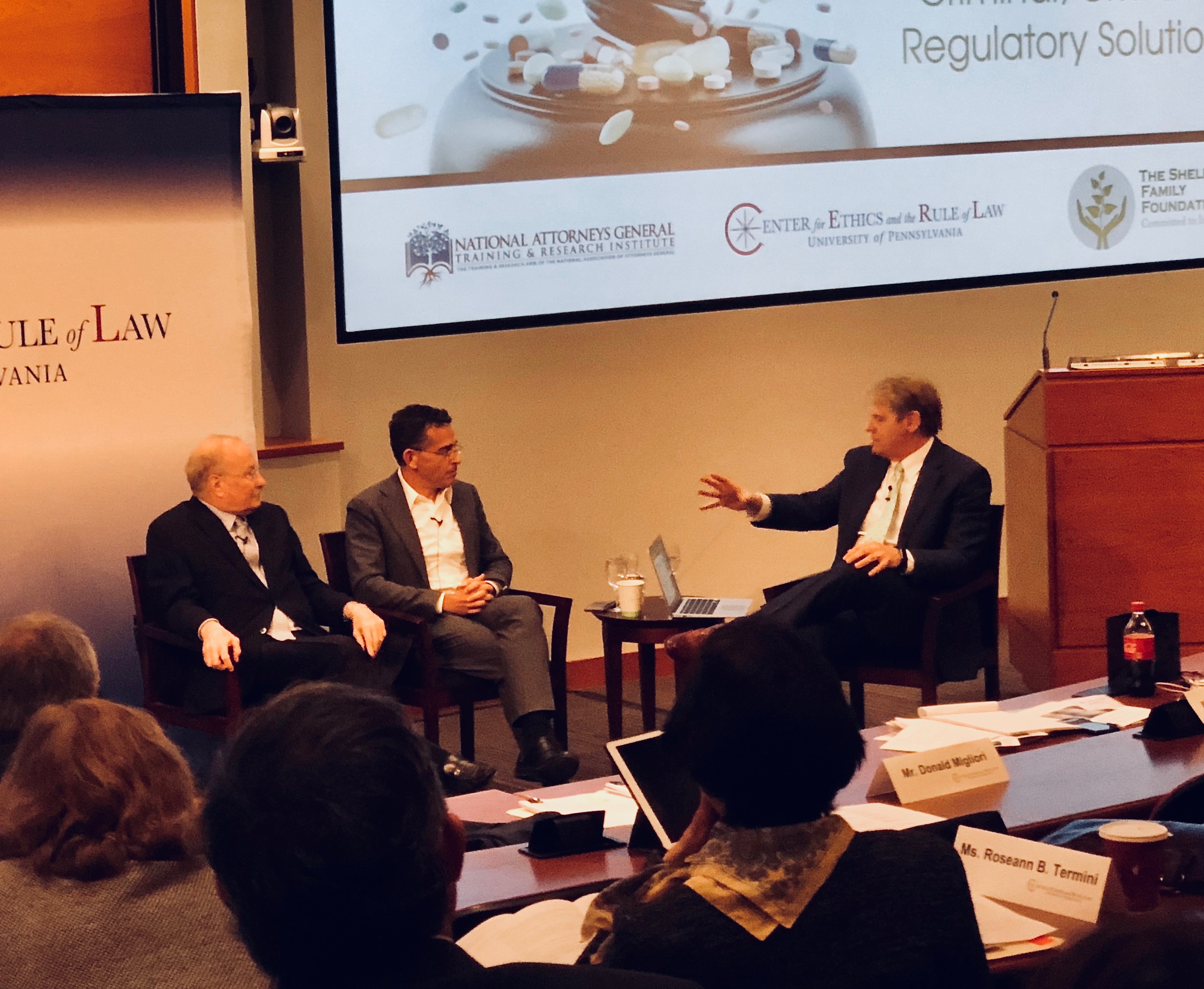 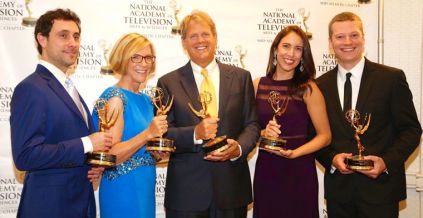 is honored with two Emmys in the National Academy

Our friends at the Philadelphia CNN-News affiliate WFMZ-TV gave us this footage. A great night- and a surprise to get not one but two Emmy awards 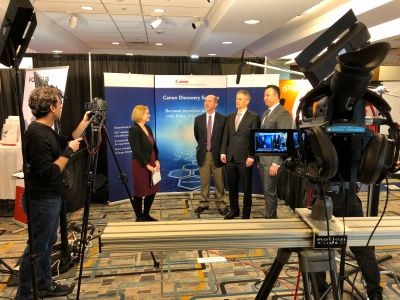 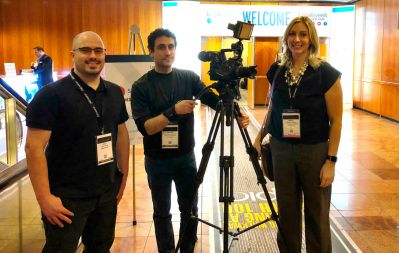 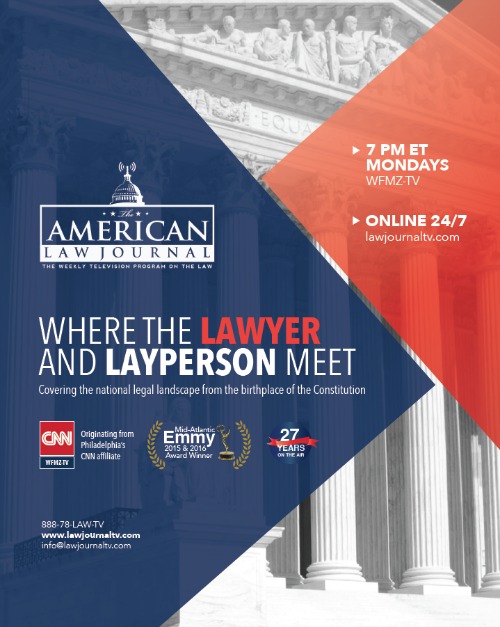 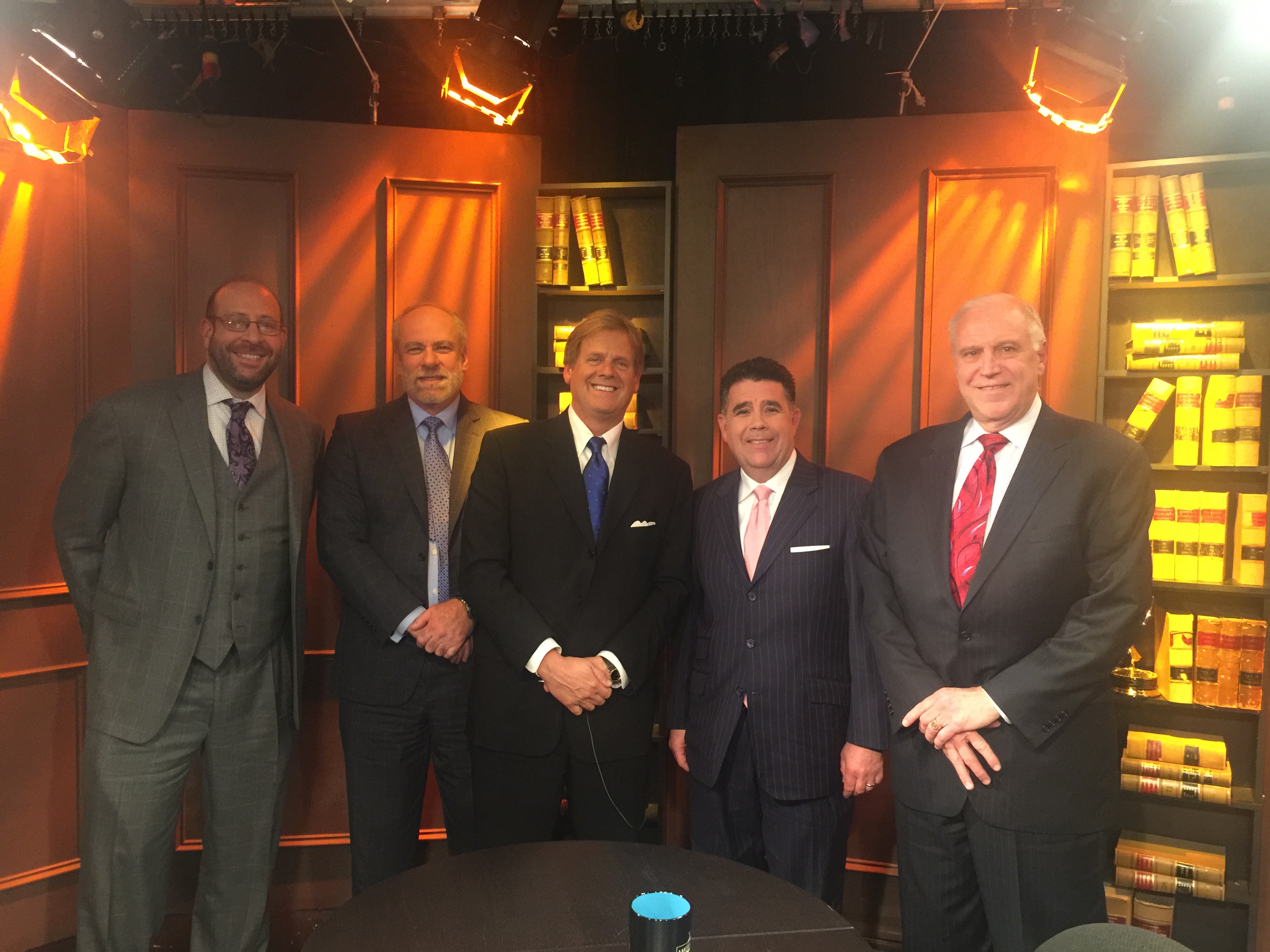 Guests from the November taping of "The 'Wild West' of Defective Products: Unreasonably dangerous?"

All four guests had something in common: they all have J.D.'s from Temple University Beasley School of Law. 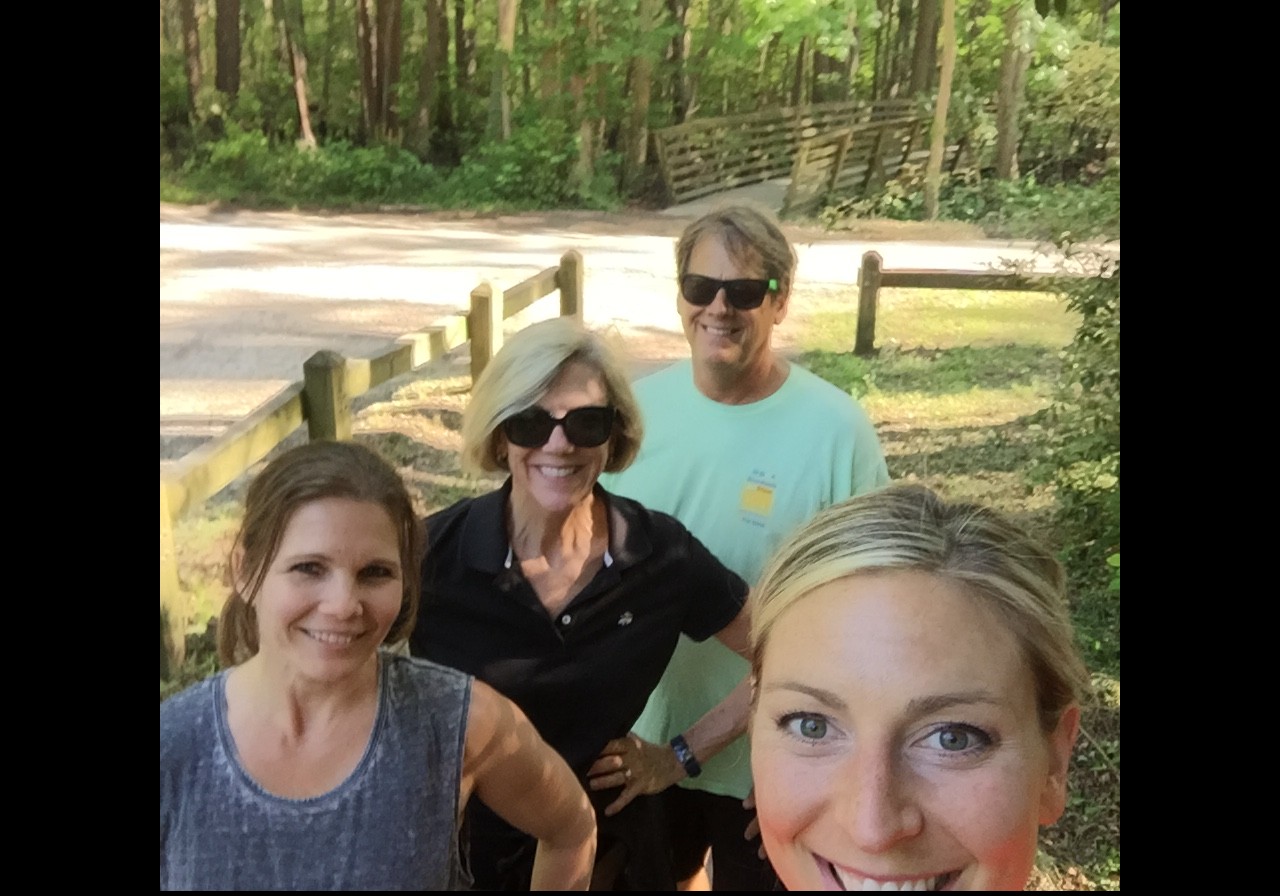 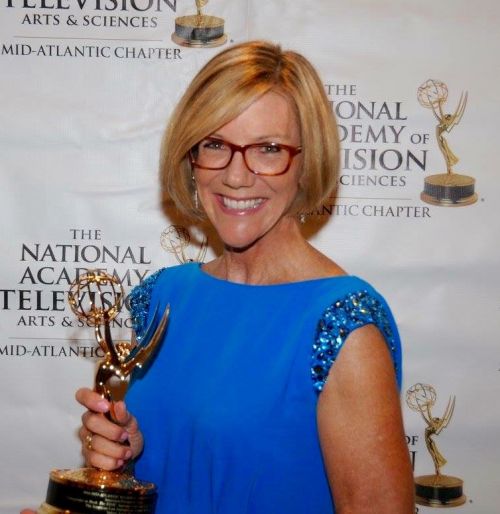 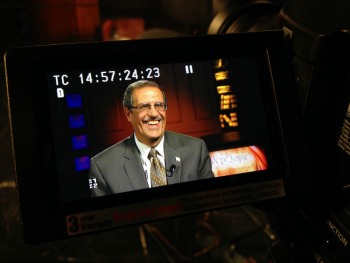 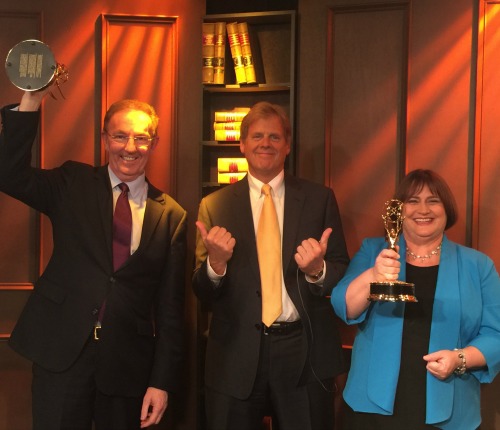 of the EEOC celebrate their appearance

on the Emmy winning program 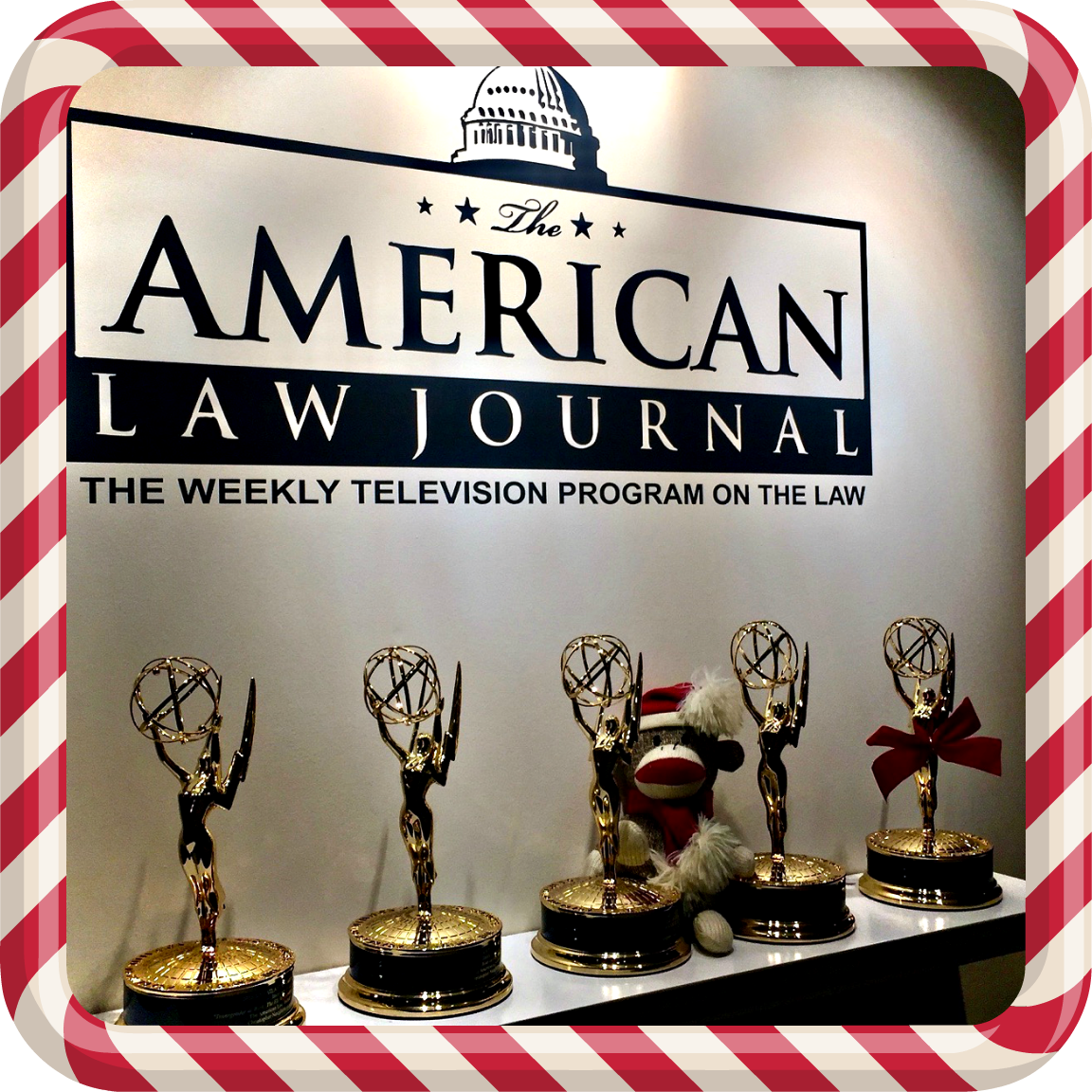 One of these things is not like the others ....

be glad there is no sound with this image! 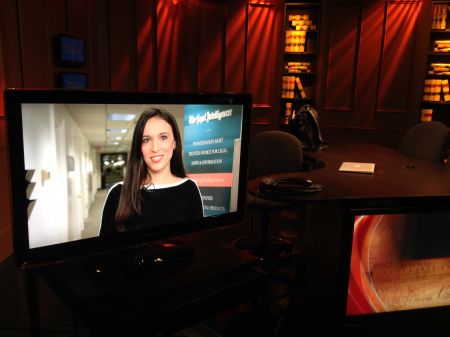 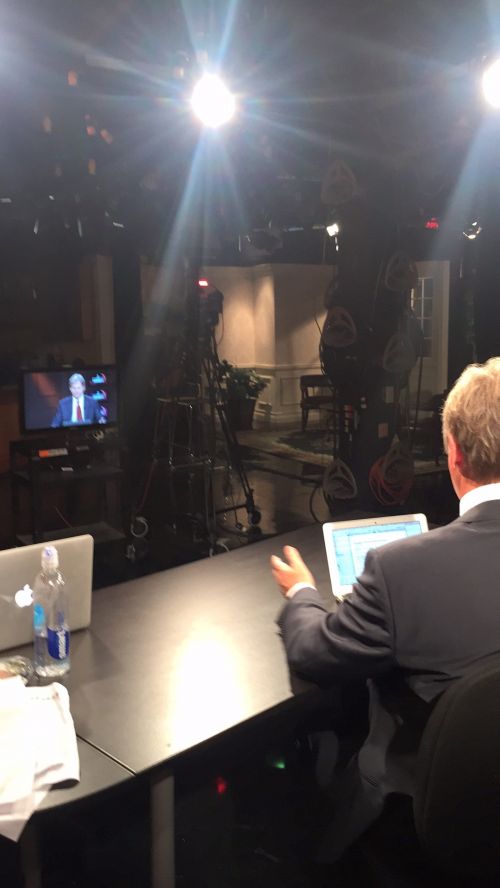 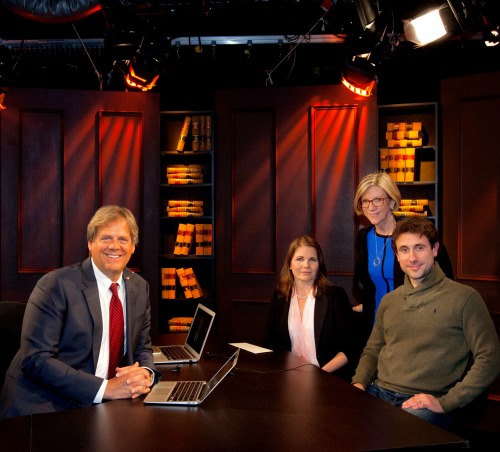 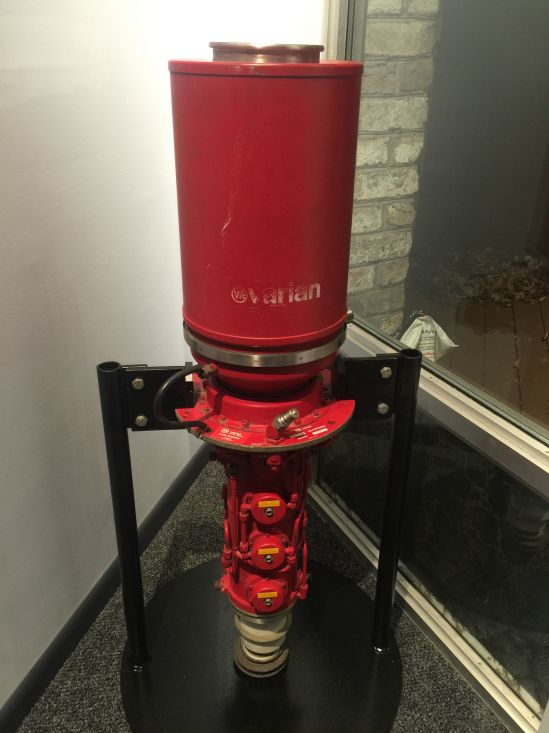 At one of our recent productions, guests to our studio asked what it was so, as the intrepid curiousity-seekers we are, we asked around. Jeff Kuhns, Engineer at WFMZ-TV, clued us in.

This is a type of particle accelerator, a klystron. Some are used in the transmission of broadcast signals. This Varian-brand klystron is retired from service at the hilltop station, where it sat at the base of the tower to power (with a whole lot of oomph) signals to the top where they could then be broadcast long distances. 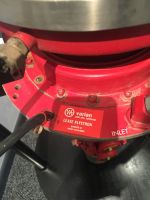 The klystron, also called a specialized linear-beam vacuum tube, was the invented of Russell & Sigurd Varian in 1937. These Irish-American brothers were early Silicon Valley entrepreneurs, incorporating Varian Associates in 1948 to "conduct general research in the field of physical science of every kind or nature.

Neither took the conventional path to a career that most did in their era; if you read the history at the second link below, you'll learn one was dyslexic and the other too impatient for school. Sounds like some of the most prominent "tech titans' of our day. Also described at that link are the tremendous contributions to both communications and war efforts- including applications for radar- during a critical time in our nation's history.

That ends the broadcast engineering lesson of the day.

Russell and Sigurd Varian: Inventing the Klystron and Saving Civilization