Cake and Civil Rights at the Supreme Court 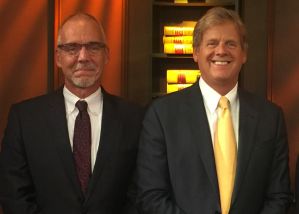 December 5, 2017, the Supreme Court heard oral arguments in a case that is assumed great prominence in the culture wars.

Masterpiece Cakeshop v. Colorado Civil Rights Commission is a dispute between the baker, Jack Phillips, who refused to create a cake for a gay couple, Charlie Craig and David Mullins.

Phillips claims that his religious views and his right to free expression override the state's anti-discrimination law, which otherwise would prohibit him from using the couple's sexual orientation to refuse them service.

In reviewing the oral argument today our program guest, Professor John Culhane of Delaware Law School found a Supreme Court struggling to find some middle ground between the two sides. More than once, swing justice Anthony Kennedy seemed genuinely puzzled about how to resolve a case involving what one litigant called the "dignity interests" on both sides.

Click this image for an iTunes podcast of the program: 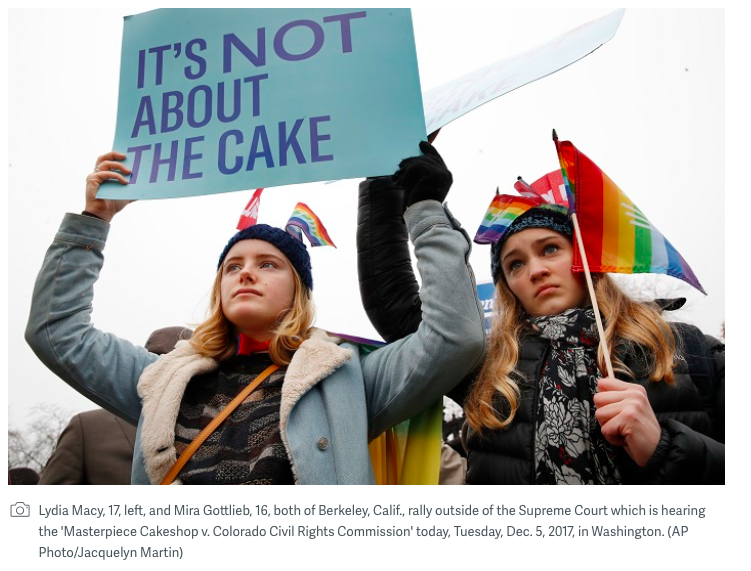 In his December 4 article for Politico, The Most Important Cake in America, Culhane suggested an accommodation that both sides might be able to live with: allow objectors to express their views, but not to deny services on the basis of those views. 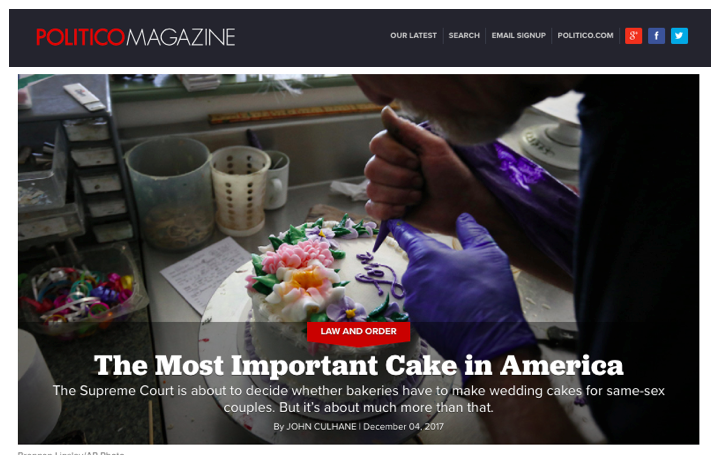