The American Law Journal television program brought home two 2017 Emmy® awards for broadcasting excellence as Best Interview/Discussion Series overall and Best Politics/Government Program/Special for a program on gerrymandering.  These honors are the fourth and fifth awards for ALJ in the Mid-Atlantic region of the National Academy of Art & Sciences since 2015 comprising multiple U.S. media markets including the 4th and 23rd. 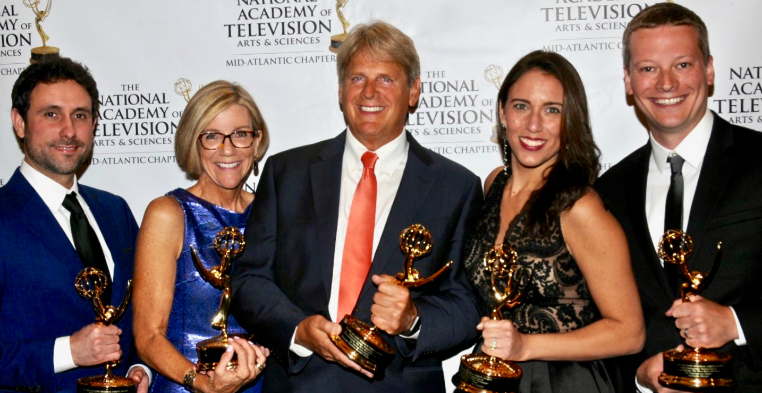 The five nominations for this year included programs on employment in the 'gig' economy and equal pay for women. Naughton was also nominated for excellence in broadcast performance as Host/Moderator.

The National Academy of Television Arts & Sciences Mid-Atlantic Chapter is comprised of 45 stations with 17 network affiliates and five PBS stations and includes the nation's 4th and 23rd largest television markets, including programming that crosses over to New York via New Jersey stations. There were 300 nominations from 1,200 entries in 80 categories.

View the award-winning and nominated programming: ALJ Emmy® Awards & Nominations. With this year's honors, the program now has five Emmy® awards and fourteen nominations in 2015, 2016 and 2017.

Click these links for the NATAS MidAtlantic Emmy® 2017 Nominations and Awards.