In a polarized age, one can think of few things that unify the nation as much as our Constitution. So it is natural to have people and organizations with varying viewpoints to appear on our program and discuss those issues within the context of the Rule of Law.

Nothing is so demonstrative of this than the current state of LGBT-related litigation. Here’s a short clip of the most contentious issues:

“You’re no different than the people who did not want to share the bathroom with black people during segregated times.” - Julie Chovanes, Esq.

Below is the LGBT Bar Association’s critique of our show. Look for our response— and that of several guests who appeared on the program— further below. For the full half hour broadcast, see it here: "Pronoun Wars: The Law & Transgender in America" 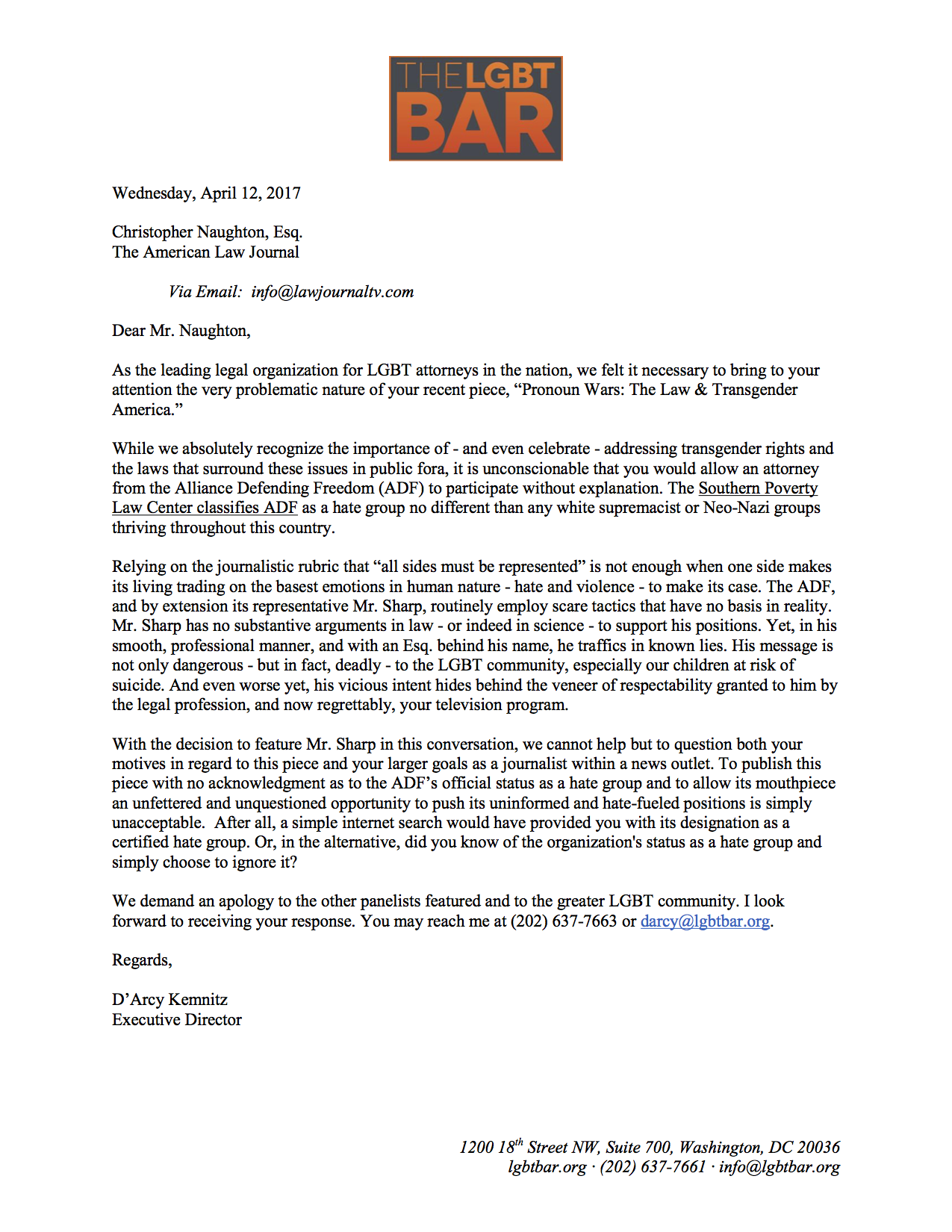 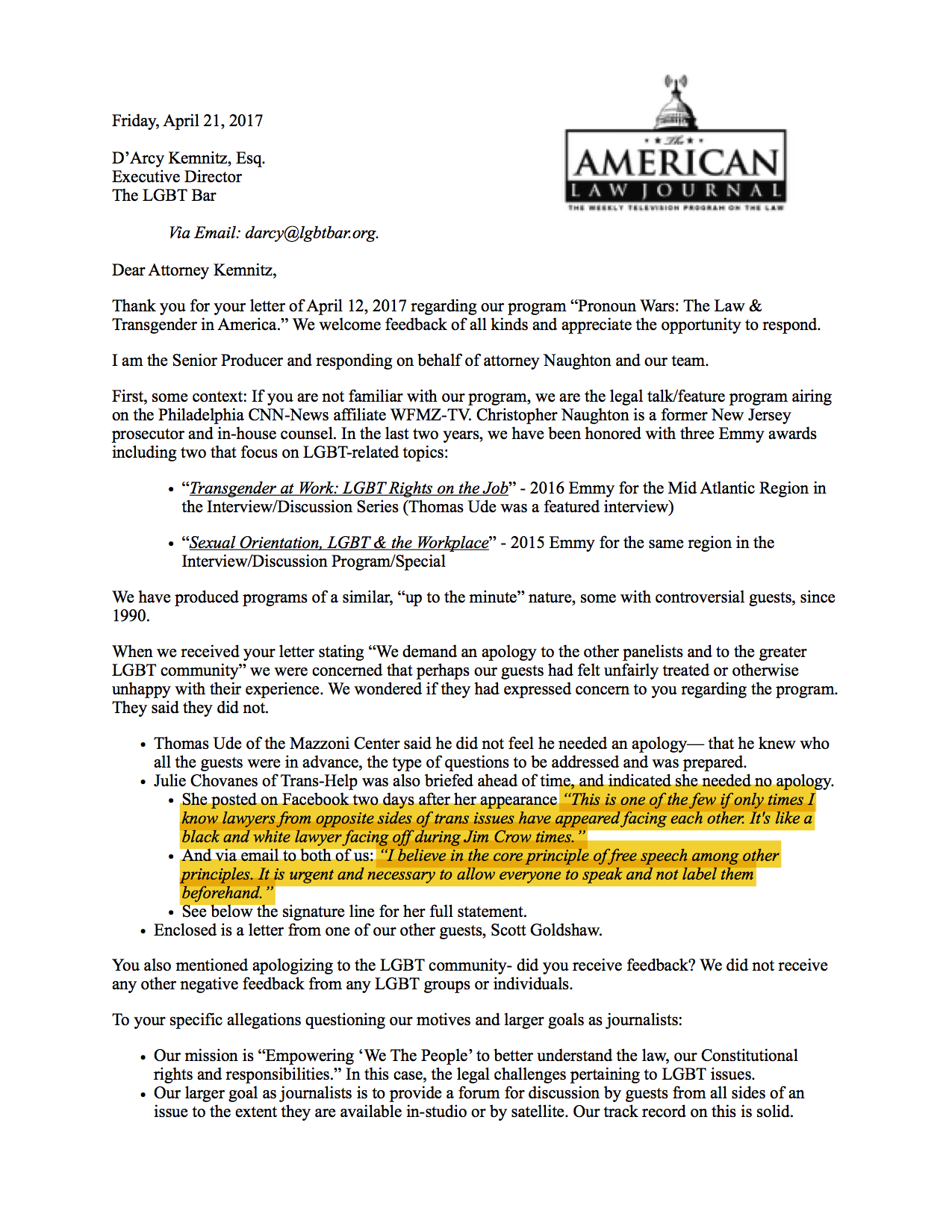 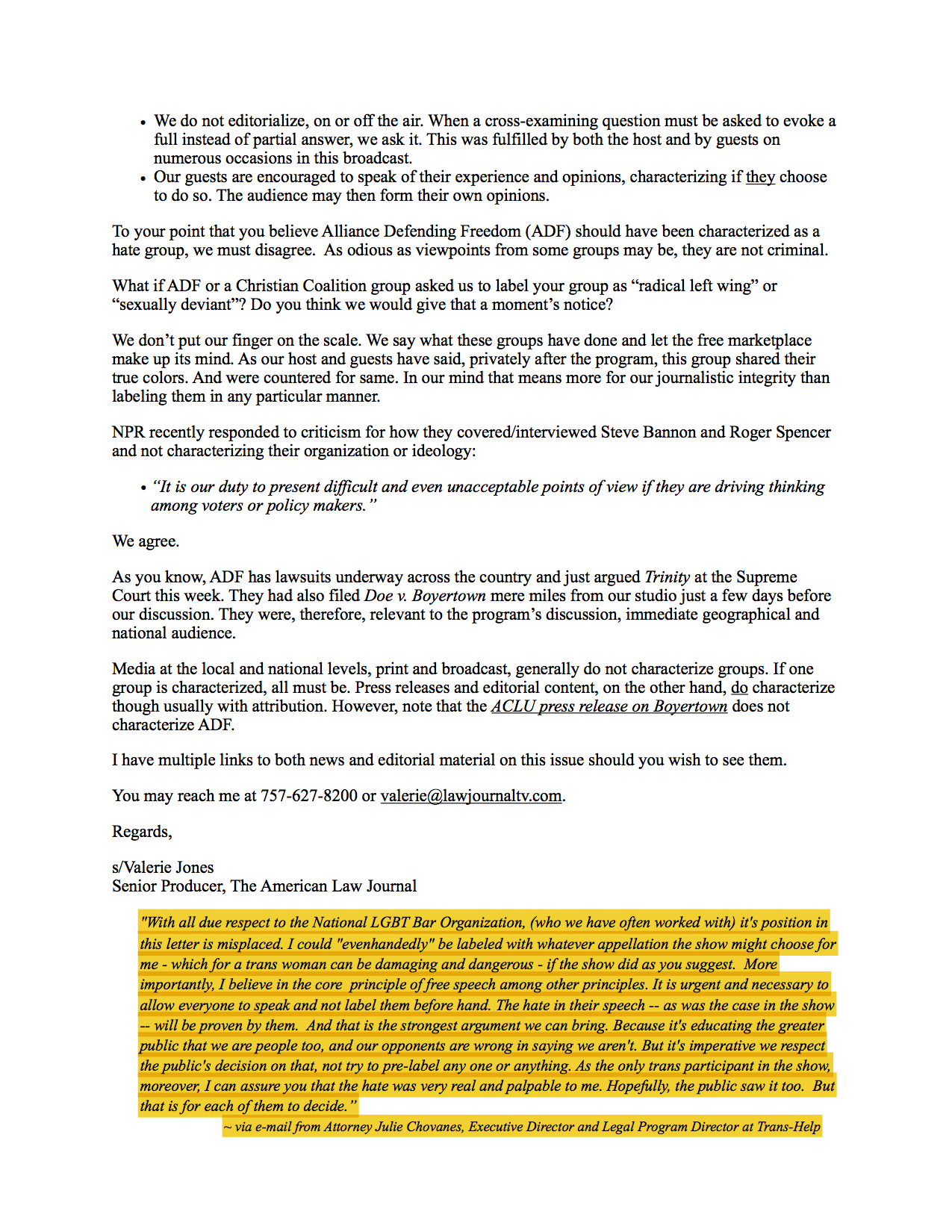 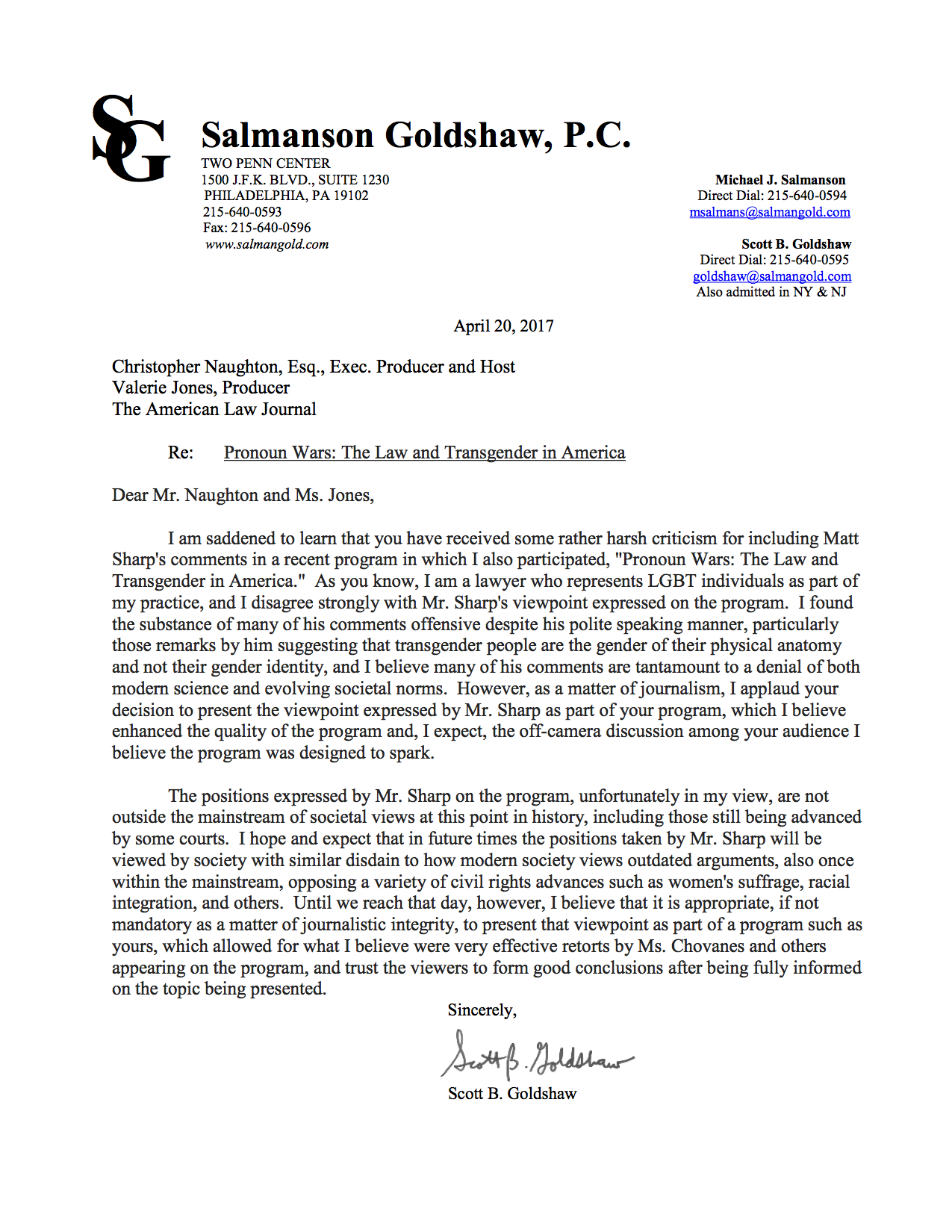 Category: In The News